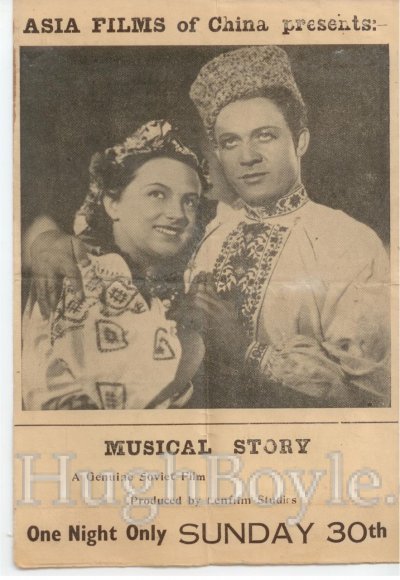 An original poster of a film starring Zoya Fyodorova and Sergei Lemeshev and presented by Embassy Pictures.

Elsewhere it was named "Memory's Harvest"