The Loss, Discovery & final Destruction of

Signals would have been broadcast to known missing craft.

The 1944 Burma Campaign relied to a great extent on Ground to Air Wireless Operators. Some seconded to remote Landing Grounds, airfields cut into the mosquito ridden jungle by hand. The photo is dated November 10th, 1939 and stamped RAF Tengah.

RAF Tengah was subject to Carpet Bombing on the 8th December 1941 by the Japanese Imperial Navy shortly after the Battle of Malaya began. 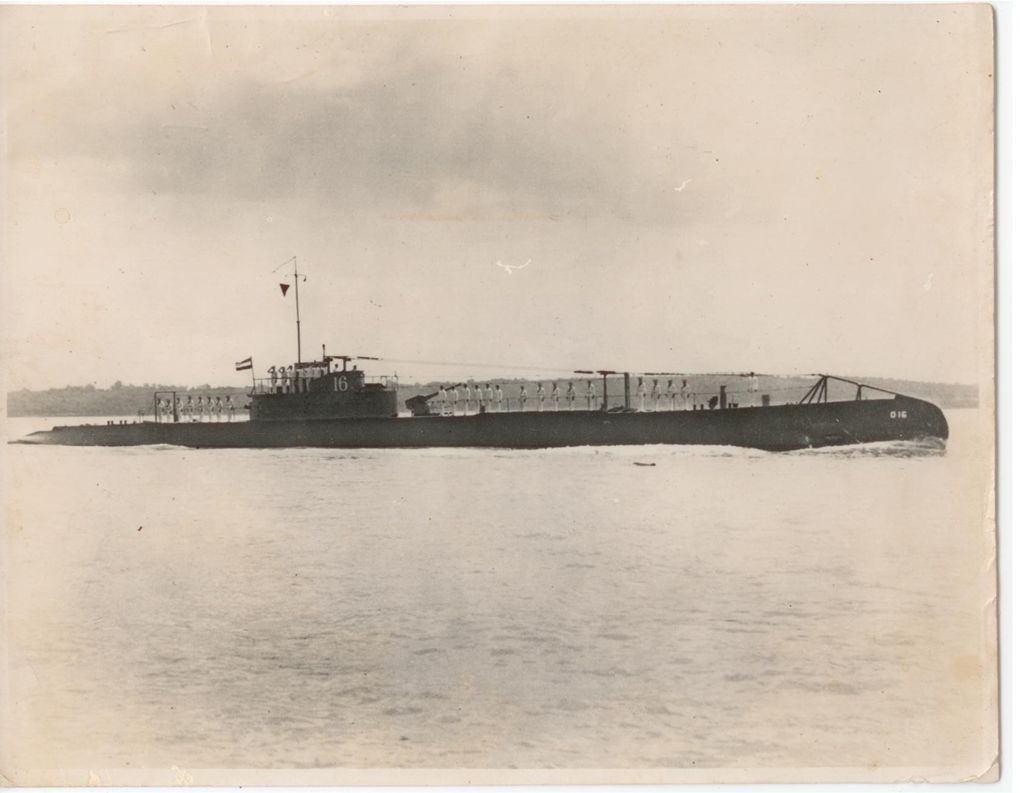 Original Military Surveillance/Reconnaissance Photograph of O16. 24 Crew on Deck with 8 further Crew on the fin. The Commander just visible in the conning tower.

The account of Cornelis de Wolf was never believed
Lieutenant Commander Bussemaker would be blamed for navigating into a known British minefield
Though no wreck was ever found there.
Hr. Ms. O16. Was "Lost"
She  had unknowingly sailed into an unchartered line of mines, discarded by a Japanese Mine Layer.

Her location would remain unknown until discovered in 1995.